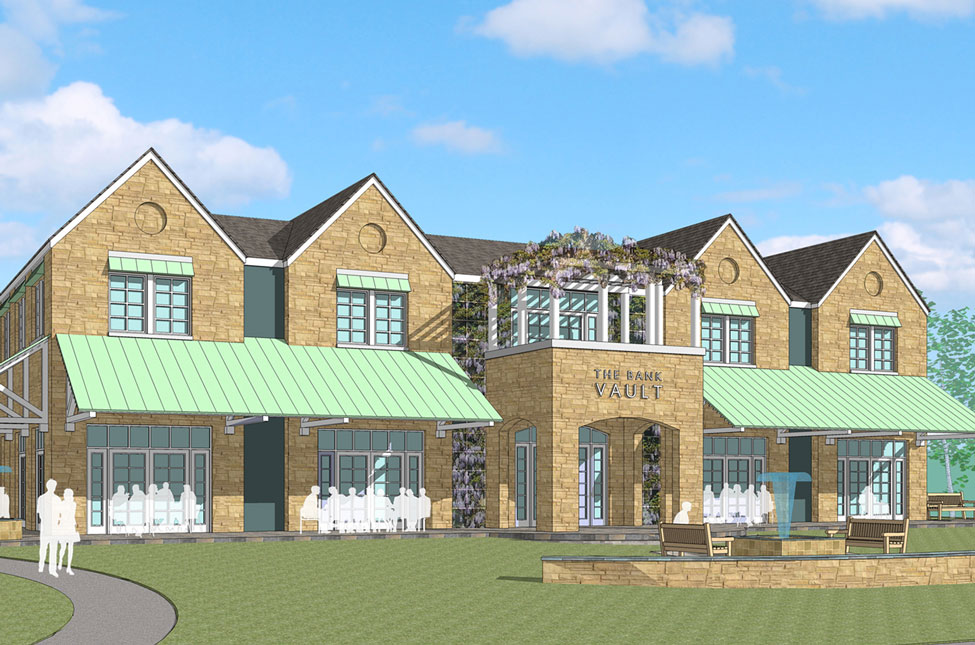 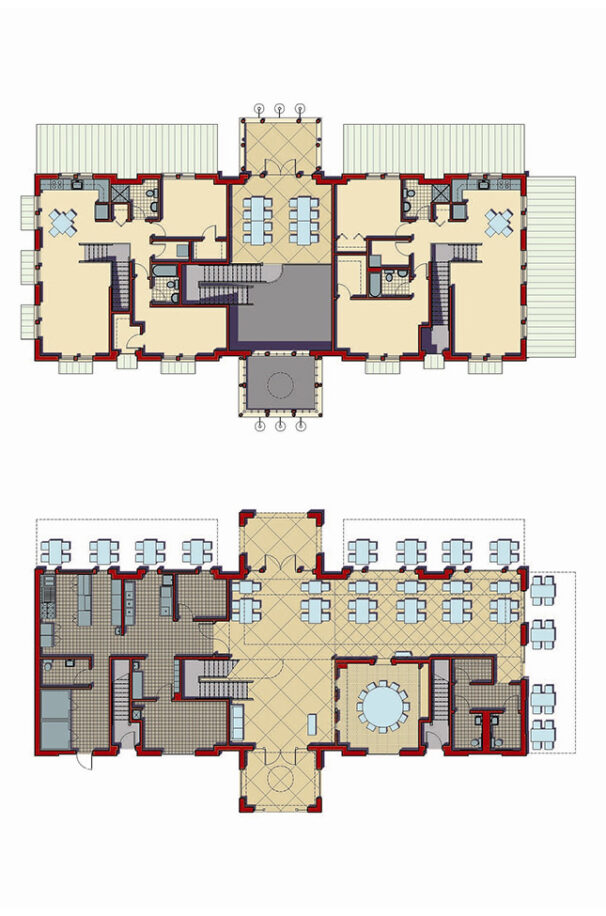 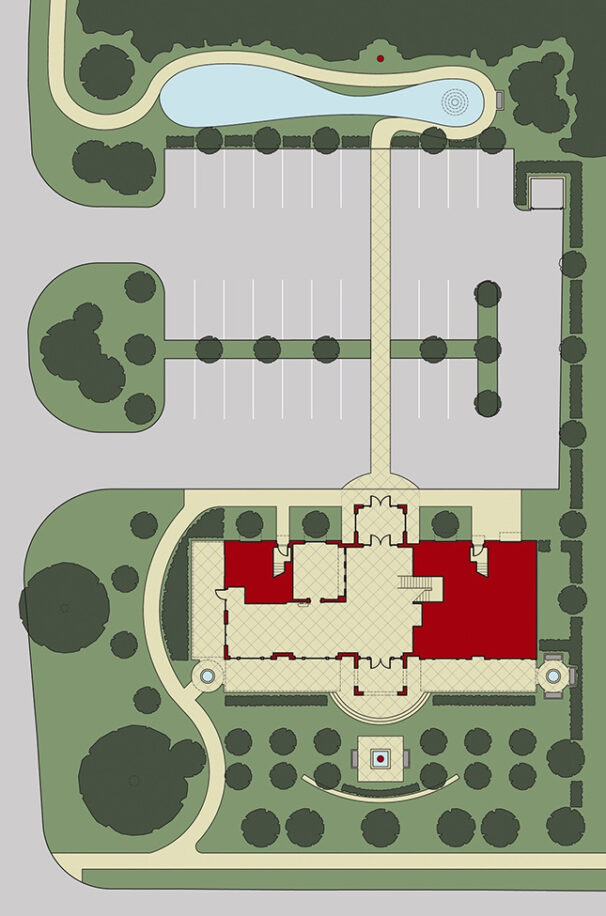 Broad Street Work/Live is a project that is both grounded in a contemporary reinterpretation of local historical buildings while also seeking to respond thoughtfully to its current context. The project consists of a new two-story 6,700 sf building that is programmatically broken into two components; a restaurant occupying the ground floor and central mezzanine, and two residential apartments on the second floor. The restaurant named “The Bank Vault” draws its name from the former bank that occupied the site and the vault door that has been incorporated into the current design.

To respond to the scale and proportion of historic Hopewell Borough, the building is shaped as a series of stone pavilions linked together. On the façade the recessed “links” between the pavilions have vegetation covering them. Playing off the pavilion geometry is a series of copper awnings which provide cover for outdoor patron seating as well as mark the apartment entrances.

To further tie the building into the town fabric, a new path has been created that connects the site to the existing pedestrian circulation system. The path meanders its way through the site leading to a small public garden with a pond.